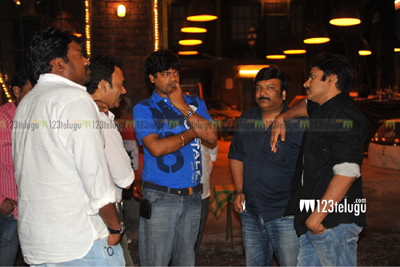 Power Star Pawan Kalyan’s ‘Cameraman Ganga tho Rambabu’ has all the ingredients to make the film a sure shot hit, as per the latest buzz in Filmanagar. Industry circles are abuzz with the news that Puri Jagan’s scenes are coming out in a power packed way, much to the delight of Pawan’s fans. Apparently, the political elements in the story, Pawan’s costumes and dialogues, plus his scenes with Tamanna are all said to have been conceived in a most entertaining fashion.

Puri is in great form and Pawan Kalyan set the Box Office on fire recently with Gabbar Singh. With all this positive buzz surrounding the movie, ‘Cameraman Ganga tho Rambabu’ looks all set to be a major entertainer. The film is gearing up for an October 18th launch and Danayya is the producer. Music is by Mani Sharma.