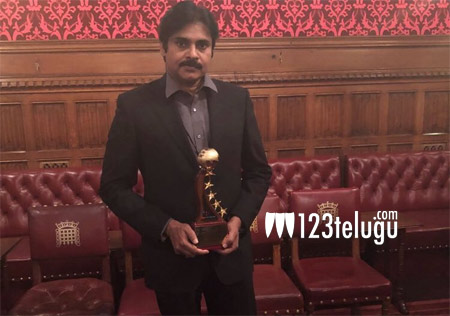 It is a known fact that power star Pawan Kalyan was in London to receive the Indo-European Business Forum Excellence (IEBF) Award. The response to his trip has been amazing as Pawan has got a rousing welcome from the awards commity.

A lot of fans and Telugu NRI’s gathered to cheer Pawan Kalyan for his award. This trip of Pawan has made it clear that Pawan’s popularity in the overseas is getting stronger slowly and this will indirectly help his political commitments back in the country.

Pawan on his behalf felt quite happy to receive this honor and thanked everyone who felt that he was eligible for the award. Once Pawan is back, he will join the shoot of his new film in the direction of Trivikram.