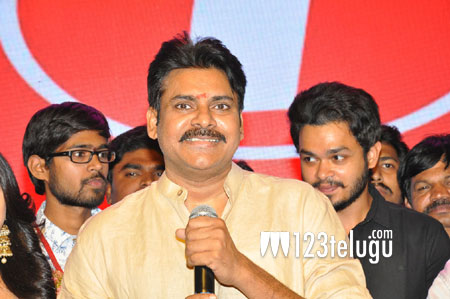 Whatever Pawan Kalyan does becomes a huge sensation. Even his presence at an event or in a film makes that film a talking point all over. The same has happened with Saptagiri’s new film Saptagiri Express.

After Pawan attending the audio launch, this film has become quite famous all over. Many who did not that such a film is coming have noticed this film big time and are eager to watch it.

Pawan’s craze has helped the film immensely and the film’s reach has gone deep into the audience. Saptagiri plays the lead role in this film which is touted to be a comical entertainer.