Film star and Jana Sena Party President Pawan Kalyan has extended his Sankranthi wishes to Teluguites all-over. In an official statement, Pawan hoped that the ruling party will grant special status to Andhra Pradesh and will not take haphazard decisions like currency ban which troubled common people.

Pawan then prayed to the Sun God for well-being of AP and Telangana states. Finally, Pawan wished that this Sankranthi will bring in some relief to If kidney patients.

Meanwhile, fans are thrilled with Pawan’s new still which has been unveiled by Katamarayudu makers this evening. 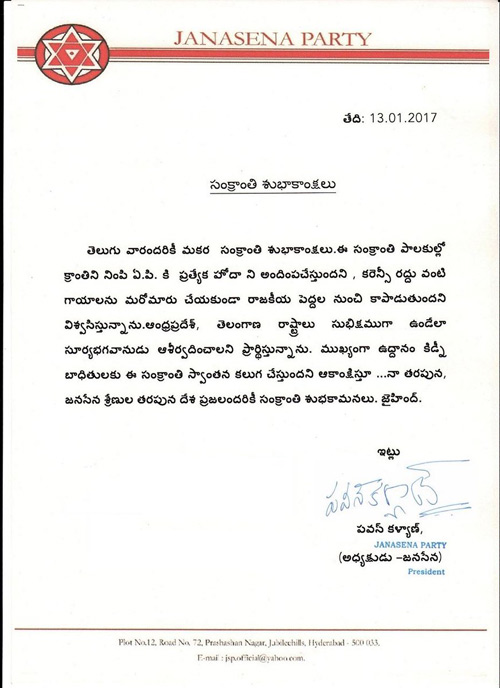