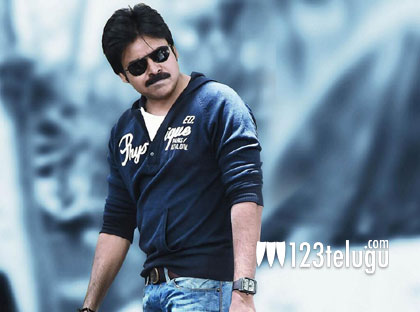 Power Star Pawan Kalyan’s ‘Atharintiki Dharedhi’ is gearing up for a big release on the 7th of August. The movie is currently in post-production stage. Over the last couple of days, some stills of Pawan Kalyan from this movie have come out and the reaction from the public has been superb. Pawan is looking very stylish in this film and this is perhaps his best look in recent years. The positive response to these pictures has given a big boost to the production team of ‘Atharintiki Dharedhi’.

Samantha will be seen as the heroine opposite Pawan Kalyan. Director Trivikram Srinivas has reportedly given Pawan and Samantha some very humorous lines. The film’s audio album will be out on the 19th and Devi Sri Prasad has composed these tunes.

BVSN Prasad is the producer of this movie. Praneetha will be seen as the second lead. This film also marks the Telugu debut of Boman Irani.