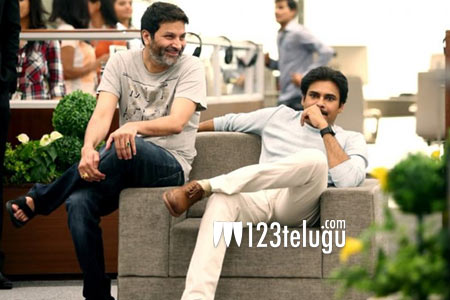 It is a known fact that the title of PSPK25 will be out on the 27th of this month. The latest we hear is that the box containing this title will be opened first in the presence of Lord Shiva in a temple in Kasi.

The entire unit of the film will head to Kasi today where the last schedule of the movie will be filmed. With this, the entire shoot will be wrapped up. Haarika and Hasine Creations produce this big budget film.

Trivikram directs this film which has Anu Emanuel and Keerthy Suresh as the female leads.