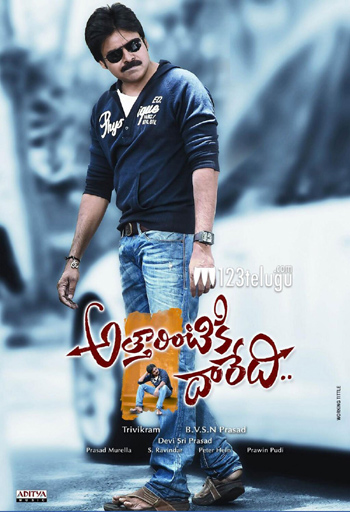 The post-production activities of Power Star Pawan Kalyan’s ‘Atharintiki Dharedhi’ are being completed at great speed. The movie is gearing up for a release on August 7th and the production team is working hard to get the film ready for that date. Most of the character artistes are about to complete their dubbing work.

Samantha will be seen with Pawan Kalyan in this family entertainer. Praneetha is the second lead. AD is expected to be a laugh riot and director Trivikram Srinivas is quite confident about this film’s prospects.

BVSN Prasad is the producer of this movie and Devi Sri Prasad has composed the music.