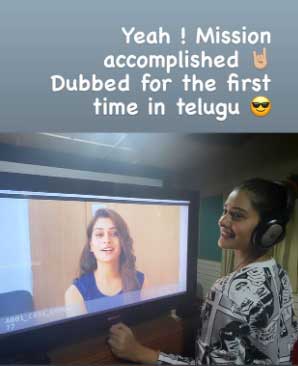 This evening, Payal took to Instagram and shared a few pictures from a dubbing studio. For the first time, the young beauty has dubbed in Telugu and she calls it as “mission accomplished.” In one of her interviews sometime back, Payal revealed that it’s her dream to dub herself in Telugu and she has finally fulfilled it.