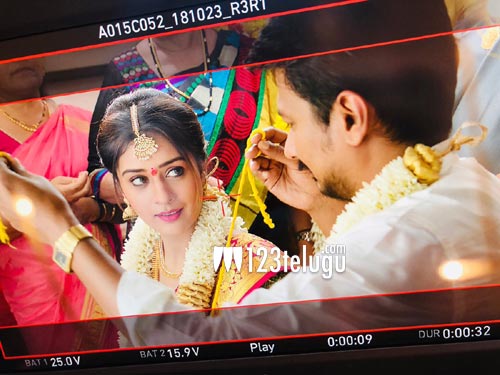 Payal Rajput made a sensational start to her career with her hit film RX100. The film brought her fame and many offers too. She was roped in by none other than Udayanidhi Stalin for her his new Tamil film Angel.

The latest we hear is that the film has gone on floors today in Chennai. Seen here in the above picture is Payal dressed as a bride in one of the wedding scenes from the film.

Angel is being directed by KS Adhiyaman and D Immam scores the music. The film will be dubbed in Telugu as well.