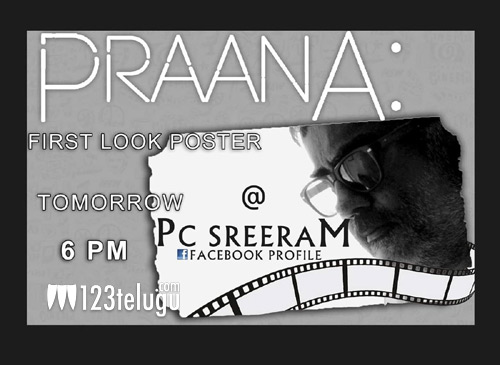 It’s been reported earlier that acclaimed actress Nitya Menen’s next release will be an experimental drama, titled Praana. Legendary cinematographer PC Sreeram has cranked the camera for the movie.

Tomorrow, PC Sreeram will be unveiling the first look poster for Praana’s Hindi version at 6 pm on his Facebook page. Praana is a multilingual one-actress film and it will release in all the South Indian languages, including Hindi.

Hero Nani is essaying a cameo in Praana. VK Prakash has directed the film. Oscar-winning sound designer Resul Pookutty has recorded the film’s location sound using the Surround Sync Sound format, a first of its kind attempt in India. The film is slated for release soon.