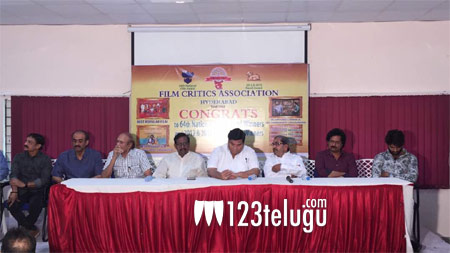 Now, the news is that press club of Hyderabad(PCH) felicitated Nandi and National awards winner today. Noted producers and directors from TFI have graced the event and congratulated the winners.