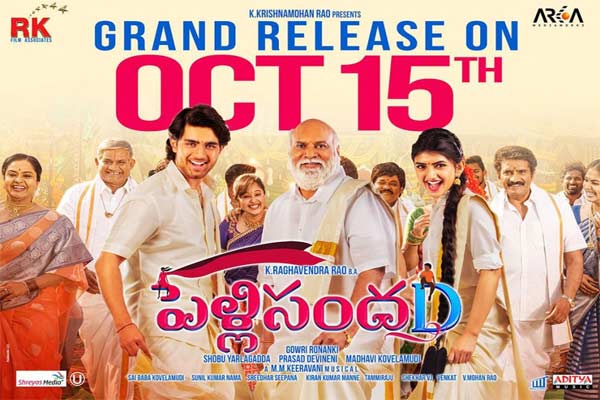 Pelli SandaD marks the debut of Roshan Srikanth in Telugu cinema. Though he was appreciated, the film was panned by the audience.

Now, the latest update is that the film has made 22 lakhs in the Nizam area on day one. Old School narration and dull emotions have disappointed the audience.

Raghavendra Rao also made his debut as an actor in this film which had music by MM Keeravani. The occupancy for the film has also been dull today in Telugu states.