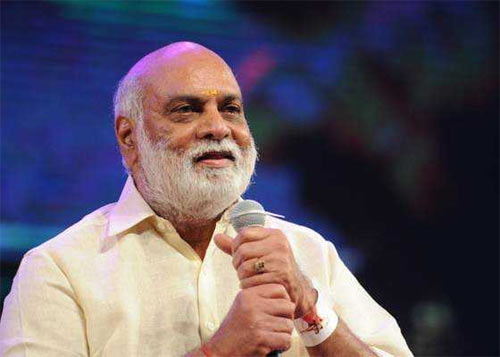 K Raghavendra Rao is all set to unveil the first song from his forthcoming film Pelli SandaD on April 28. Composed by M M Keeravaani, the song will introduce the audience to this romantic entertainer, starring Roshan and Sree Leela.

Interestingly, April 28 has quite a lot of prominence in K Raghavendra Rao’s life. One of the biggest hits in his career, Adavi Ramudu was released on this day back in 1977, and later, in 2017, Rajamouli’s Baahubali 2, which was presented by KRR, was also released on the same day. Now, the veteran director’s Pelli SandaD too is set to make a big splash. Contrary to the rumours about the film, it’s not a sequel to Pelli Sandadi, which went on to be a sensational musical hit in 1996. The film’s shooting is nearing completion, and it’s expected to release later this year.