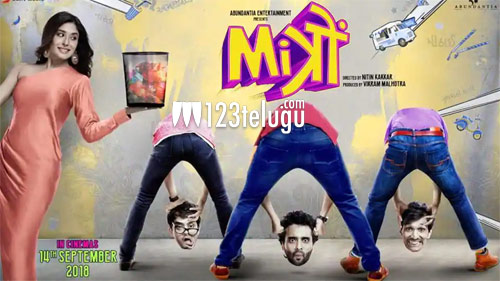 Released in summer 2016, Vijay Deverakonda and Ritu Varma-starrer romantic drama, Pellichoopulu, went on to become a huge blockbuster by collecting over Rs 15 crore worldwide share. The film even won the National Awards for Best Telugu Movie and Best Screenplay – Dialogues.

Pellichoopulu is remade in Bollywood as Mitron. The film released yesterday and received a largely positive response from movie lovers and critics alike. Mitron stars Jackyy Bhagnani and Kritika Kamra as the main leads. Nitin Kakkar is the director and Vikram Malhotra is the producer of this remake.