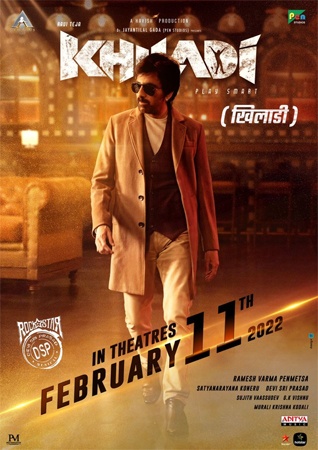 Now that Telugu films are working big time in Hindi, several films are now being released in Bollywood. Next in line is Ravi Teja’s Khiladi.

The film is set for a big release on the 11th of this month. Pen Movies, the noted banner is going to release this film in Hindi.