RRR is one film that many are waiting for. The film is yet to confirm its release date and the makers are keeping the suspense intact.

Apart from RRR, Pen Studios are also associated with Attack and Gangubai Kathiawadi and these two films will also have a big-screen release confirmed by the Pen Studios team. 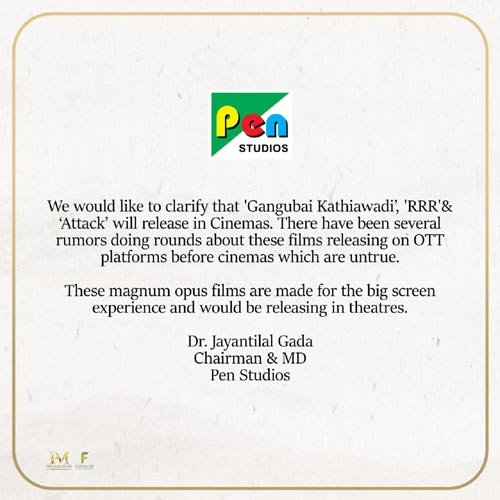