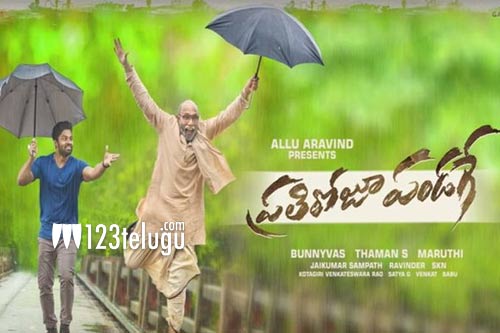 Pratiroju Pandage is going to become a blockbuster hit in the next few days as the film is doing some crazy business at the box office for the last few days.

Geetha Arts headed by Allu Aravind made a superb plan and released the film in a perfect way so that the film comes out during the Christmas season and goes on till the new year’s eve. Also, the presence of two weekends in between these dates has made things easy.

But the main factor is the lack of good films has helped this film in a big way. The film has crossed the 20 crore mark and is aiming at the 30 crore mark which looks possible easily. Maruthi has directed this film.