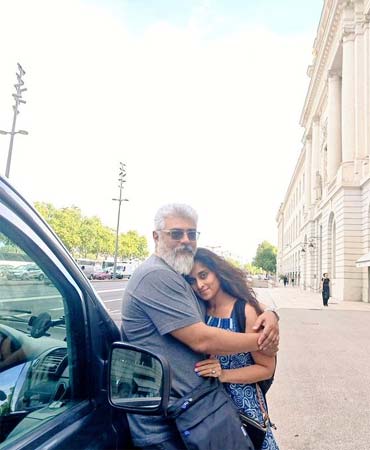 Ajith is a massive star down south who enjoys a significant fan following. His films have created a huge storm in terms of box office, and the actor has set a separate style for himself. However, the actor always is down to earth despite his immense stardom.

Today a charming picture of Ajith along with his wife Shalini has surfaced on the internet, and it has gone viral within no time. Shalini posted the same on her newly created Instagram account. This picture was from the gorgeous Lyon, and the couple looks quite adorable, sharing a lovely moment and enjoying their time in France.

Fans can’t stop raving about this picture which is getting thousands of likes and comments. On the other hand, Ajith will be next seen in the heist action thriller Thunivu, directed by H. Vinoth. The film is set for a grand Pongal release.