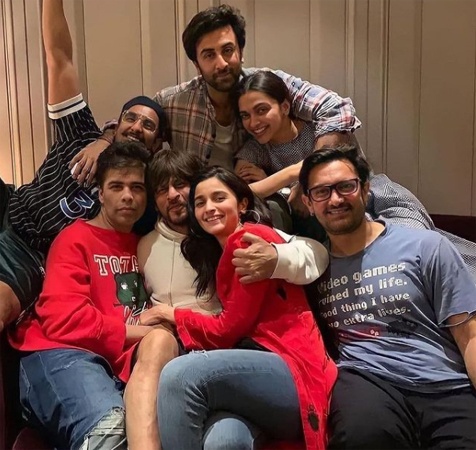 Here are Bollywood superstars Shah Rukh Khan and Aamir Khan posing with the top Bollywood young stars, Ranbir Kapoor and Ranveer Singh and their respective partners, Alia Bhatt and Deepika Padukone. Also seen in the photograph is hotshot filmmaker Karan Johar. The picture was captured during a get-together on the eve of Shah Rukh’s birthday.

Throughout October, Shah Rukh went through a lot of ordeal following his son Aryan Khan’s arrest in drugs case. Much to his relief, Aryan was granted bail by the Bombay High Court a couple of days ago and he returned to Mannat to brighten up the Diwali festivities. It is known that Shah Rukh will be seen in a special cameo in Aamir’s Laal Singh Chaddha.