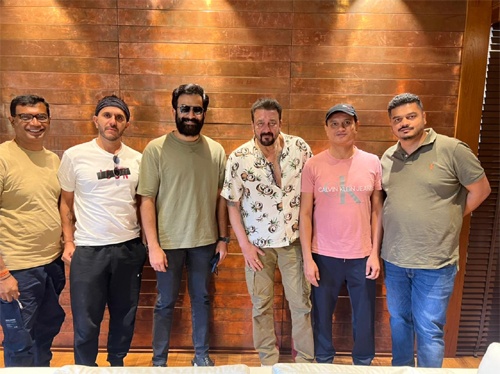 Not only the fans of Yash but the entire nation is eagerly waiting to witness the theatrical trailer of KGF: Chapter 2. The makers have planned a grand event this evening in Bengaluru. Bollywood’s popular producer and director Karan Johar will host the event.

Ahead of that, Mollywood actor Prithviraj and Bollywood actor Sanjay Dutt reached Bengaluru for the grand event. The makers of the film posed with the star actors and released those pics online.

The period action drama has Srinidhi Shetty as the lady love of Yash. Besides Sanjay Dutt, the movie also has Raveena Tandon in a crucial role. Produced by Hombale Films, the movie is ready to release in theaters on April 14, 2022.