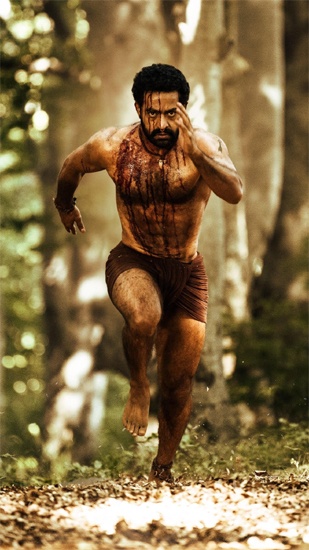 As RR gears up for its worldwide theatrical release on the 25th of this month, the makers of RRR are unveiling fresh promotional material.

Now, team RRR has unveiled a stunning new poster featuring Jr NTR. The Nandamuri hero is seen in a rugged avatar and this still is said to be from the much hyped tiger fight sequence in the film.

NTR’s fans are in love with this Oora Mass poster from RRR and they are extensively resharing the same on social media.

RRR is a magnum opus action thriller directed by Rajamouli. It has NTR and Ram Charan in the lead roles.