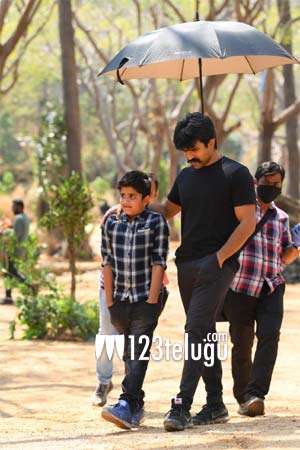 As we had reported earlier, Ram Charan has resumed shooting for his upcoming periodic action thriller RRR. He is currently shooting for a few crucial scenes and he will be accompanied by Jr NTR and Alia Bhatt on the sets very soon.

Earlier today, a few snaps of Ram Charan from the sets of RRR surfaced on social media. Charan looks dapper in these pictures as he is seen in all-black attire.

The mega hero sports handlebar moustache and he looks manly. His fans and followers are in love with these snaps now and rightly so.

Charan plays Alluri Seetharama Raju in the Rajamouli directorial. The film will be hitting the silver screens early next year.