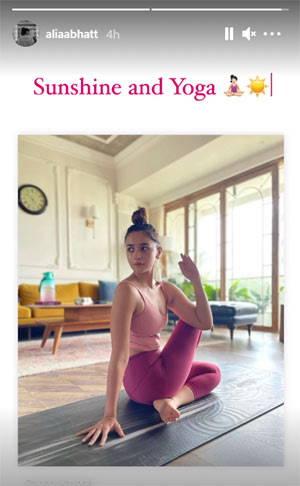 Alia has now shared a new picture of her practicing yoga and she is dropping major fitness goals with the same.

Alia sports pink coloured top and yoga leggings in this snap and she is seen with very minimal make-up.