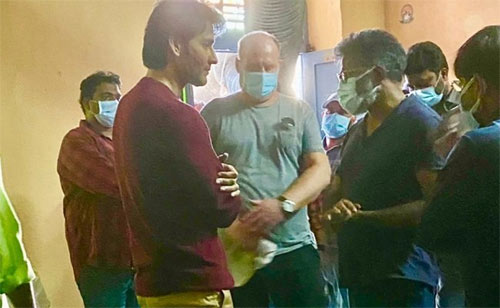 Mahesh Babu is a busy man these days as he is shooting for his new film Sarkaru Vaari Pata. The film is being canned in Annapurna Studios as of now and Mahesh is filming some key scenes.

In the same studio, Sukumar is also filming for his new project Pushpa with Allu Arjun. Today, Sukumar bumped into Mahesh Babu at the shoot and spent some good time with him.

The picture has gone viral on social media now. Sukumar was supposed to direct a film with Mahesh but that did not happen. Let’s see when they will join hands once again.