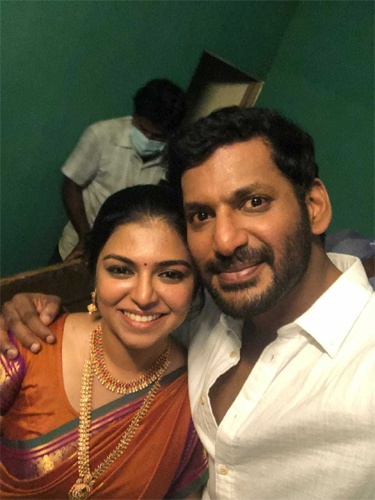 Vishal’s upcoming project which has been tentatively titled Vishal31 hit the floors recently and the shoot is progressing at a brisk pace in Chennai.

The makers have roped in noted voice artist Raveena SR for an important role in the film and she joined the sets today. The unit released a new snap featuring Vishal and Raveena a short while ago. The duo sport a radiant smile.

Vishal31 is directed by Thu Pa Saravanan and it stars Vishal, Dimple Hayati, and Raveena in important roles. The makers are planning to release the film this August if the situation permits.