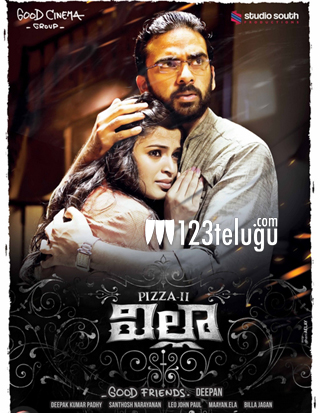 ‘Pizza II: Villa’ is an upcoming horror film, which is a sequel to the surprise hit of the year ‘Pizza’. This movie was originally made in Tamil and is now dubbed in to Telugu. The dubbing work of the film is complete.

Ashok Selvan and Sachitha Shetty are playing the lead roles in the movie and Deepak Selvan is marking his debut as a Director with this movie. Santhosh Narayanan has composed the music of the film.