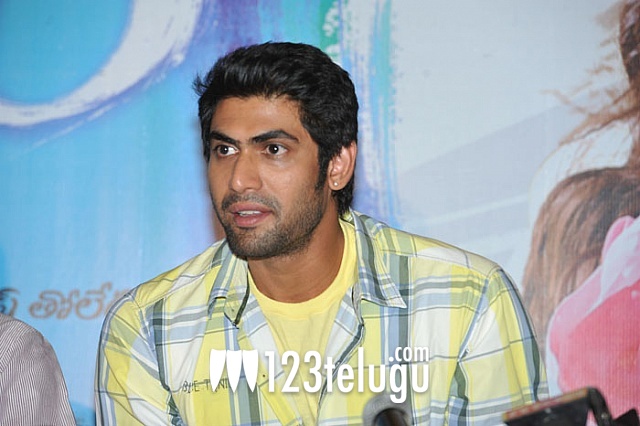 RaNa says movies are his only focus. “At least 3 releases a year from now on” he told a reporter of a leading Telugu daily. For now he has got two movies “Naa Ishtam” and “Department” ready for release. The former is in March, while RGV’s Department will hit the screens in June. And then he says he is going to give his everything to Krishnam Vandae Jagadguram (KVJ). Ask him about rumors with Bipasha and he brushes them aside saying they are a by-product of his Bollywood stint. Another rumor that amuses him is that he is going to remake (Venkatesh’s) “Bobbili Raja”. “Why would I do that?” he retorts with genuine surprise. For now he says he is really looking forward to the response for his role in Naa Ishtam in which Genelia is his co-star. But the project that has him all excited and keyed up is the action-adventure movie KVJ. “Can’t wait to start it” (shooting begins in March 6th), he says with a smile on his face.