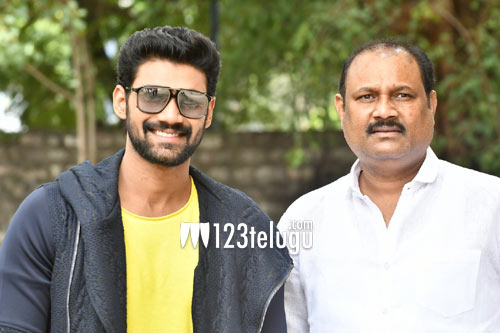 Producer Bellamkonda Suresh is quite thrilled with the much-needed success of his son Bellamkonda Sai Srinivas’ latest action thriller, Rakshasudu. The father-son duo met with the film journalists today and contributed a token amount to the journalists association.

During his interaction with the journalists, Suresh revealed that he is planning to produce a full-fledged commercial entertainer with his son. He further revealed that the script work has begun already and that he is currently on a hunt for the right direction who will make the film within a stipulated budget.

Suresh also said that he will not compromise on the production values for his movie with Sai. “Although some of my son’s previous movies earned over Rs 40 crores, they ended up as cost failures since their budgets were very high. The key to success is keeping the budget under control,” Suresh said.