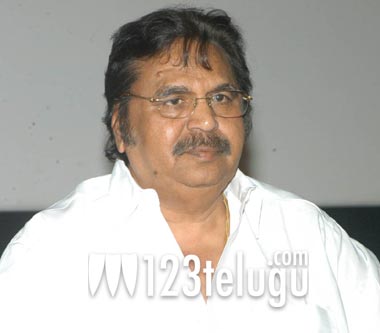 Dasari Narayana Rao has requested the AP State Government to waive off VAT which is levied on Telugu films.Speaking at the Nandi Awards ceremony , where he collected his award for Best Acting (Mestri), Dasari Narayana Rao said, “The Telugu film industry is going through a tough time. Except for one or two films, everyone is quoting huge numbers as collections for the sake of publicity. And after watching all this, the government has been levying a lot of taxes on films. Recently, the central government waived off the service tax on films and I request the state government to waive off VAT as well. Even our neighbouring states Tamil Nadu, Kerala and Karnataka don’t levy VAT on films.” Responding to this request, CM Kiran Kumar Reddy said that the authorities concerned are looking into the issue and added that the government will take a decision soon.