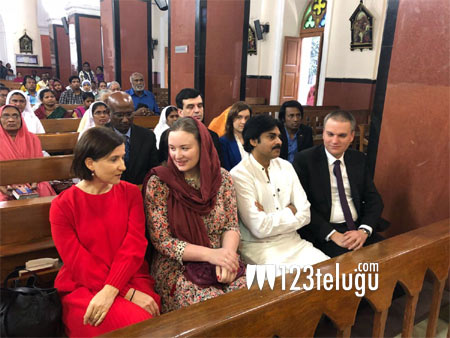 During his visit to London last year, Pawan interacted with several Polish students. Adam Burakowski came to know about Pawan through them and expressed interest in meeting the Janasena chief. Adam asked Pawan about his political ideologies and also invited him to shoot in Poland. Along with Adam, 20 Polish students also met Pawan this morning.

On the other hand, Pawan announced his political tour from Kondagattu Sri Anjaneya Swamy temple in Karimnagar, Telangana. More details about his tour are awaited.