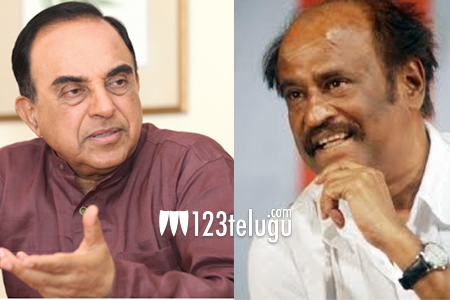 Subramanian Swamy, BJP leader, made some shocking claims about Superstar Rajinikanth saying that he has proof that the Superstar has several financial irregularities attached to his name. The news has already gone viral and it has set tongues wagging about the authenticity of Swamy’s claims.

In an interview to a leading TV channel, Swamy stated that he had solid evidence that Rajinikanth had financial irregularities to his name and that his image would get tarnished if the news comes out. Moreover, Swamy also claimed that Rajinikanth shouldn’t enter politics and that he can’t become a dominant force in TN politics.

Meanwhile, several members close to BJP have been wooing Rajinikanth to start his own party or to join BJP. It remains to be seen what the Superstar decides.