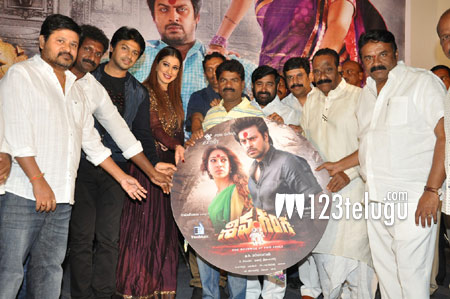 Laxmi Rai and Srikanth’s upcoming film Shiva Ganga has been in news for its weird and interesting stills. The audio of the film was launched yesterday by some renowned politicians like Srinivasa Yadav, Bala Kishan and Nayani.

The gorgeous Raai Laxmi will be seen in a horror avatar for the very first time in her career. Music of the film is composed by John Peter and Vadivudaiyan is the director. The film is an edge of the seat horror thriller and is set to impress the audience big time.