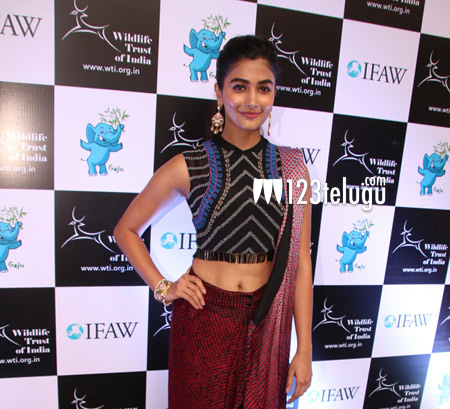 Actress Pooja Hegde has extended her support to a new initiative by Wildlife Trust of India which is aimed at protection of elephants. The initiative is being spearheaded by Dia Mirza and several Bollywood stars including Arjun Rampal have joined the noble cause.

Speaking at the launch event recently in Mumbai, Pooja Hegde stressed on the importance of letting animals, especially elephants live in peace. “We have to empathise with them. That’s when we can co-exist in peace with elephants and other wild animals,” Pooja said.

The actress will soon team up alongside Bellamkonda Sai Srinivas in Sriwass’ forthcoming Telugu film.