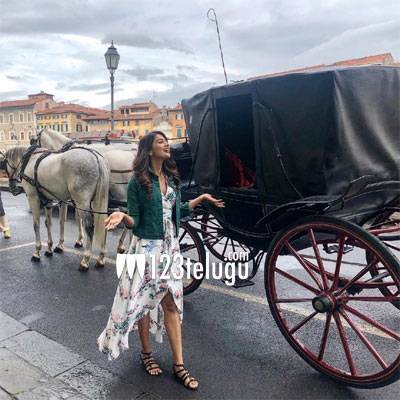 Prabhas’ upcoming film in Radhakrishna’s direction is currently progressing in Italy. The team flew to the European country few days ago and the latest news is that Pooja Hegde has begun filming her portions in the movie.

Until recently, the actress was shooting for Houseful 4 in Rajasthan, and as soon as she wrapped up the shoot, she flew to Italy. The team is shooting in Pisa these days and few scenes featuring the two lead actors are being shot right now. The trilingual film is said to be a period drama and it will release in Telugu, Tamil, and Hindi.

Amit Trivedi is scoring the music for the film. Manoj Paramahamsa is the cinematographer. Gopi Krishna Movies and UV Creations are jointly producing the film.