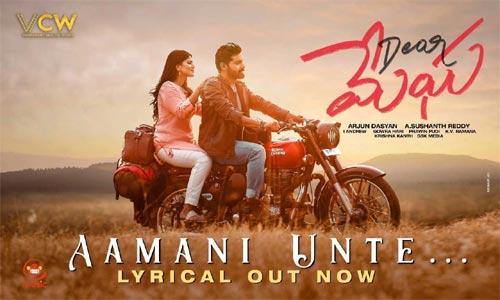 Aamani Unte is a beautiful romantic number shot on Arun Adith and Megha Akash. Young lyricist Krishnakanth has penned the song, while Hari Gowra has rendered the tunes and young playback singer Anurag Kulkarni has lent his voice.

Dear Megha’s shooting has been wrapped up and the film will be hitting screens in August. A Sushanth Reddy is the director and Arjun Dasyan has produced the film under Vedaansh Creative Works banner.