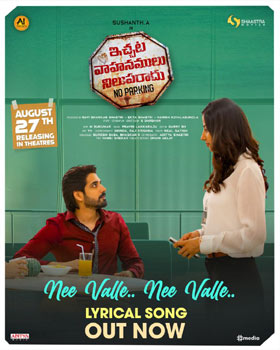 Nee Valle Nee Valle song is loaded with pleasant montages and it describes Sushanth’s contentment of the opportunity he got to spend time with the love of his life, played by Bollywood starlet Meenakshi Chaudhary. Sushanth looks handsome and Meenakshi’s pretty looks are one of the highlights of the song.