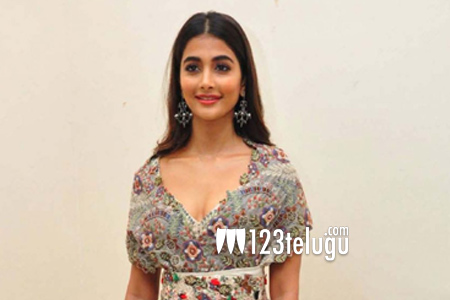 Pooja Hegde shocked everyone with her glamorous avatar in Duvvada Jagannadham, and post the film’s success, she went on to sign four major films in Telugu including NTR’s Aravinda Sametha, and a film each with Mahesh Babu and Prabhas. Meanwhile, she is eagerly awaiting the release of her upcoming action drama Saakshyam.

Apparently, the actress will be seen as a spiritual speaker and that is the reason why her styling is so different throughout the film. It is indeed a major makeover for the young actress after DJ. “All of us have worked really hard on this film and I am hoping that the audience too will appreciate our efforts,” she said.

Directed by Sriwass, the film has Sai Sreenivas and Pooja playing lead roles. Abhishek Nama has produced the film, and it is slated for release on July 27.