Pooja Hegde shares a great bonding with all her co-stars, and many a times, she has been pampered by them on the sets of her Telugu films. However, she was stunned when her Jaan co-star Prabhas surprised her with his hospitality when she came to Hyderabad to shoot for a film.

The actress, who is busy juggling between multiple films including Ala Vaikuntapuramulo, Akhil’s next, and Prabhas’ Jaan, revealed that Prabhas sent her lunch from home and just the glimpse of it sent her into a food coma. It is no secret that Prabhas is a foodie and has pampered his co-stars in the past too. “If I am ever stranded on an island with no food, with a co star, I hope it’s you Prabhas…now I am in good coma. Thank you for sending me all this,” Pooja said.

Directed by Radha Krishna, Prabhas and Pooja Hegde’s Jaan is a period romantic drama set in the ’60s in Europe. The film is slated for release in 2020. 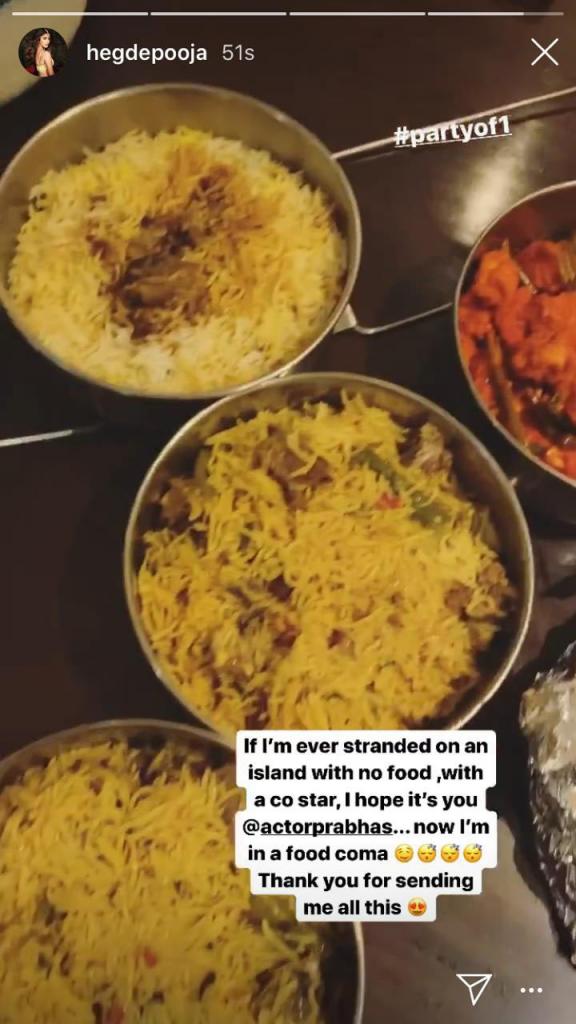