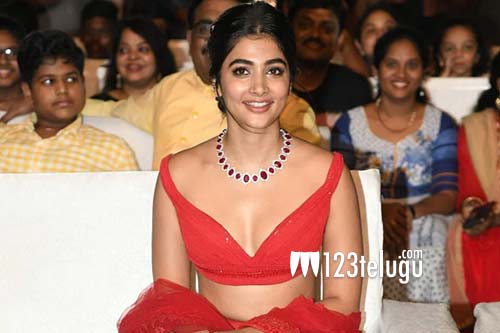 After wowing everyone with her performance and looks in Ala Vaikunthapurramuloo, Pooja Hegde is set to explore new ground in her film with Akhil Akkineni! We hear that the Pooja’s role has been drafted with great care and is quite a noteworthy one. She plays the role of a stand-up comedian in the film, the shooting for which has been on for a while now.

Apparently, the actress who has been portrayed as the glamourous girl so far will have a performance-oriented role that could put a bigger spotlight on her. This role is supposed to be substantial and we have learnt that she is the catalyst that takes the film forward.

Around half of this shoot has been completed and the makers are quite happy with the chemistry and back and forth banter that Pooja and Akhil share on sets.