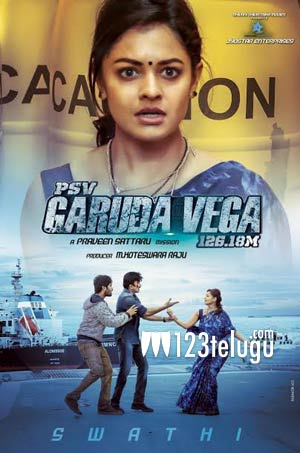 ‘PSV Garuda Vega’, the Praveen Sattaru-directed entertainer, has got well-written characters at its forte. If George played by Kishore is a menacing villain, this big-budgeted movie has more such author-backed roles.

One such character is that of Swathi, played by the super-choosy Pooja Kumar. The versatile actress, who comes with a theatre background and a Hollywood stint, is playing a working mother of a 6-year-old child in this film.

While the ‘Vishwaroopam’ and ‘Uttama Villain’ actress has been flooded with several films in recent past, she has always waited for well-written and unique roles. When she was given a narration by Praveen Sattaru, she knew it’s a kind of role and film she should do.

Well, one can’t wait to watch Pooja in this Dr. Rajasekhar-starrer, which is being made at a huge budget.