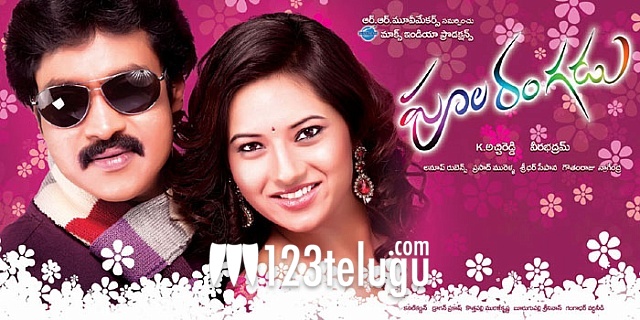 The censor formalities of Sunil’s upcoming film Poola Rangadu have been completed and the film has been given a U/A certificate. Veerabhadram has directed the film and K Atchi Reddy has produced the film. Currently, the film’s post-production is going on. “We are going to release the film on the occasion of Maha Shivaratri. It’ll be released in about 450 theatres across the world, which is the highest ever in Sunil’s career. The audio has got a good response and we are planning to celebrate the platinum disc function sometime soon,” Atchi Reddy said. Isha Chawla is the heroine in the film and Dev Gill is the main villain. Sunil lost more than 30 kgs for his role and he’s going to show off his six pack in one of the scenes in the film. Anup Rubens has composed the music.