Popular actress shocks all with a powerful warning to troublemakers
Published on Jan 20, 2019 1:00 am IST 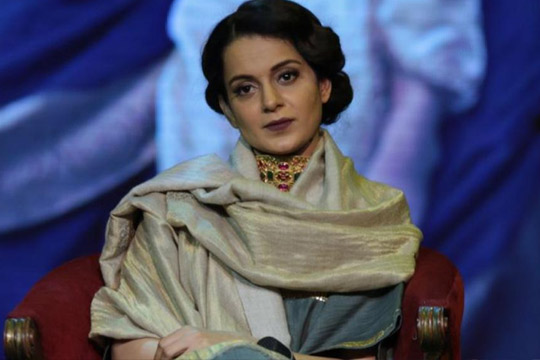 Kangana Ranaut is the talk of the town these days, thanks to the promotional campaign of her upcoming film Manikarnika. The actress is known for taking head on even the biggest of stars in Bollywood, and her spat with Hrithik Roshan is well documented.

Now, her upcoming film, Manikarnika has become the target of another controversy with Karni Sena issuing a warning that they will disrupt the film’s screening. The Karni Sena has alleged that the film has distorted the story of Jhansi Rani Laxmibai and they demanded that they are shown the film first before it is screened in theatres. A similar controversy had erupted during the release of Padmavat, and the violence caused by this fringe group shocked Bollywood.

However, Kangana proved that she is not going to get scared of such threats. While promoting the film, she made her stand quite clear that she will not accept the demands made by Karni Sena.

Moreover, she shocked everyone when she issued a stern warning saying, “Four historians have certified Manikarnika, we got censor certificate, Karni Sena has been conveyed this but they are continuing to harass me. If they don’t stop, they should know I am also a Rajput and I will destroy each one of them.” The film is slated for release on January 25.