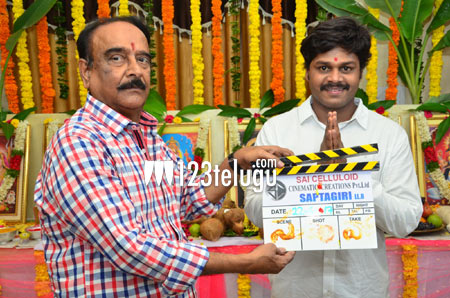 Popular comedian Sapthagiri turned hero with Sapthagiri Express. The film released last year and it was declared an average grosser. Today, Sapthagiri has launched his second film as a hero. The film is interestingly titled Sapthagiri LLB.

Sapthagiri LLB is said to be based on the super hit Bollywood court room drama, Jolly LLB. This film will be produced by Ravikumar, who had also produced Sapthagiri Express, and directed by Charan Lakkakula. More details about the film are awaited.