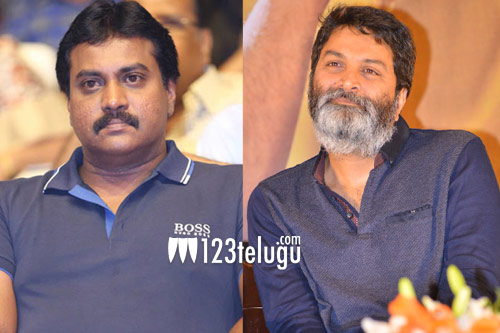 Popular comedian Sunil shocked Trivikram Srinivas at the success meet of Aravinda Sametha when he shared a hilarious story about how Peniviti song from the film came into being. Recounting their days when they were roommates, Sunil told the media that Peniviti song is inspired from his own experience of being worried about Trivikram’s well being.

“Back then, Trivikram went to Chennai to work on his scripts. He was gone for a long time and I went broke. I used to cook for him, but when he went to Chennai, I didn’t know if he was eating in time, sleeping on time, or how his health was. I would keep waiting for him to return for a long time,” Sunil revealed in a lighter vein. Trivikram, who was quite amused with this story, couldn’t stop laughing.

Meanwhile, NTR praised Sunil saying that he has proved himself to be a good character artiste too. “It is a misconception that Sunil is just a comedian. He is a fine actor and I hope more good roles come his way after Aravinda Sametha,” NTR said.