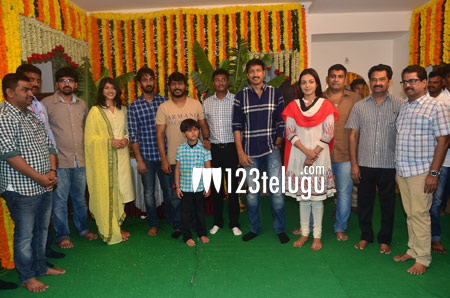 It is well-known that popular director Sampath Nandi had turned producer with Aadi’s Galipatam. The film turned out to be a disappointing venture, but it hasn’t stopped​ Sampath from turning producer again.

Now, Sampath is gearing up for his second home production, a musical love story titled Paper Boy. The film has been launched officially by Gopichand today. This film will be produced on Sampath Nandi Team Works banner

Paper Boy stars young actors Santosh Sobhan and Aishwarya, and it is being directed by debutant Jayasankar. More details about Paper Boy will be revealed soon. Sampath Nandi also has Gopichand’s Gautham Nanda ready for release.