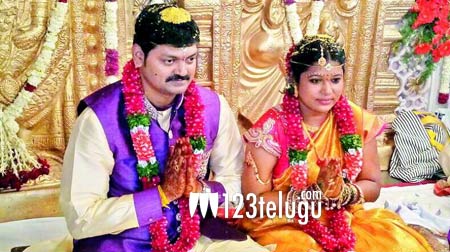 Well-known filmmaker Vijay Kumar Konda, popular for his romantic entertainers such as Gundejaari Gallanthayyinde and Oka Laila Kosam, entered into a wedlock with a Hyderabad-based girl named Prasoona.

The marriage took place in Hyderabad on Wednesday and it is reportedly an arranged marriage. On the professional front, Vijay will be kick-starting his next movie featuring a young hero.

The director was in talks with Gopichand and Varun Tej, but the projects didn’t materialize due to dates issue.