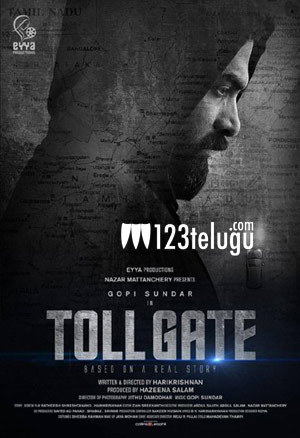 This morning, Dulquer Salmaan unveiled the first look poster for Toll Gate, Gopi Sundar’s maiden film as a hero. Touted to be a thriller, Toll Gate is directed by Harikrishnan and produced by Hazeena Salam. Gopi himself is scoring the film’s soundtrack.

Gopi Sundar’s next releases as a music composer are Geetha Govindam and Sailaja Reddy Alludu.