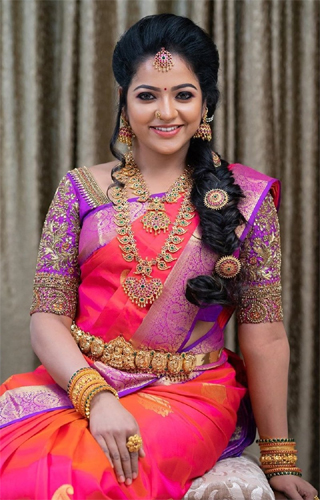 In a news that as shocked all the fans, popular Tamil TV actress Chitra reportedly died by suicide in the wee hours of Wednesday. According to the Tamil media reports, Chitra hanged herself in a room at a star hotel in Chennai where she was staying with her businessman beau Hemanth.

Chitra was popular for her character Mullai in the super hit Tamil serial Pandian Stores. She also acted in the Colors Tamil serial Velu Naachi. She recently got engaged to Hemanth. According to the reports, she reached the hotel after finishing the shoot on Tuesday night. She later went to another room and didn’t come out for a long time.

It was then that Hemanth reportedly called the hotel staff and got the door opened, but only to find Chitra hanging from the ceiling fan.