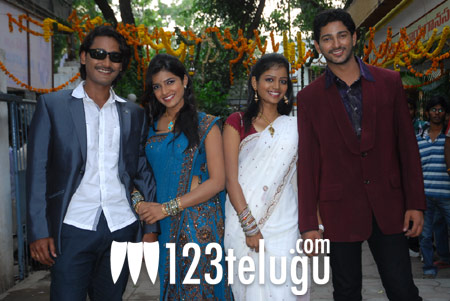 Posani Krishna Murali, the most unpredictable personality in the Telugu Film Industry, is playing a key role in the movie ‘Jolly ga Enjoy Cheddam’. The movie is being directed by Cherukuri Sambasiva Rao and Peddi Subbarao is the producer. The movie has newcomers Rakshith and Rajkamal as the heroes. Neha and Maheswari are the female leads in this movie. The film is being touted as a youthful romantic entertainer.

Director Sambasiva Rao says that Posani’s role is extremely critical for the movie. ” The film is a youthful entertainer and Posani Krishna Murali is playing a very crucial in the movie. The movie will be very different compared to other films.” , said Rao. Talkie part is complete and editing work has already started. The movie is being readied for a summer release.