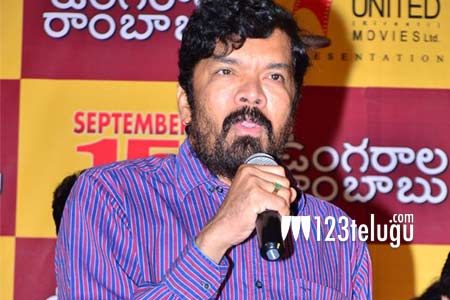 Popular comedian Posani Krishnamurali is known for his straightforwardness and firebrand speeches. The senior actor has once again made a few sensational revelations on backstabbing in the film industry during his speech at Sunil’s Ungarala Rambabu’s pre-release event this morning.

Posani said that comedian Ali came to him a week ago and told him that they both were initially selected to play key roles in a film. An upset Ali went on to tell Posani that another actor later convinced the film’s makers that Ali and Posani would charge a lot and even got them replaced with other comedians.

Posani said he is completely distraught over the shameless backstabbing that’s still prevalent in the film industry. He further revealed that stars who smile heartily and praise their fellow colleagues on stage are not the same in real life.